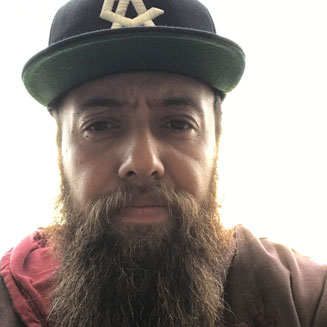 "An asexual hypnotherapist with severe anger issues unexpectedly falls for the same mysterious stranger as his overly-sexual wife in rural Utah."

Robert Johnson often goes by "Rob" despite the fact that he rarely steals.

Currently a product relocation specialist, more commonly known as a "truck driver" he's completed the bulk of his projects in the cab of a semi (WHILE PARKED).

Bob's writing style can be described as over-the-top while also simultaneously under-the-bottom. His highest achievement in the world of writing thus far was appearing on the Script Shop podcast, where he was able to trick the gracious hosts into letting him on.

Robbie aspires to either be the highest paid screenwriter in Hollywood history or own a chain of bowling alleys where the patrons are blindfolded and forced to wear roller skates.

Read the Script for Therapissed

Be prepared for the discussion by reading Therapissed now! 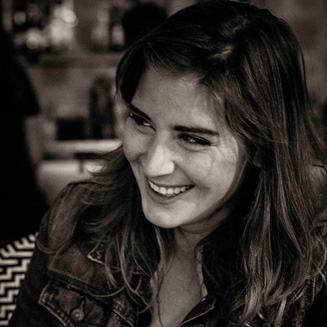 "When a government agent kills himself on the outskirts of a tiny Mojave Desert town, the tenacious local Deputy Sheriff is compelled to investigate the odd circumstances surrounding the death."

A lifelong company town-er, Caitlin traded DC for LA in 2012.  Her pilot BREAKFIELD won the Austin Film Festival's AMC One Hour Pilot competition in 2017, and she has had work place in the Page Awards, the Cinequest Teleplay Competition, the Screencraft Pilot Competition, and on the Bitch List.  In 2018, she was named one of MovieMaker Magazine's 25 Screenwriters to Watch. Currently, she works on Netflix's STRANGER THINGS.

Read the Script for Breakfield

Be prepared for the discussion by reading Breakfield now!

"Pursued by an angry mob and running out of power, an android uses a set of dice to relive past memories."

Mark, lives, writes and produces in the north-west of the United Kingdom, slap bang in the Twilight Zone between Manchester and Liverpool.

As a screenplay writer, Mark has won several awards, most recently the Inroads Screenwriting Fellowship of 2018 as well as reaching the semi-finals of the Page Awards and 2nd round of the Austin Film Festival. He has been added to the list of promising writers at the BBC.

As a producer, Mark has written and produced three award-winning short films in transatlantic collaborations. His first film, 'No More Tomorrows' is available on Amazon Prime. His second film, 'Surrender' has enjoyed has a successful run on the independent film festival circuit and won several awards. His latest, a sci-fi short called 'The Survivor: A Tale From The Nearscape' has a worldwide distribution deal with Meridian Releasing. He is currently developing it into a TV series called The Nearscape and has several shorts in various stages of production.

With his prose hat on, Mark’s sci-fi short ‘Automatic Drive’ was recently published in an anthology called The Singularity50, as was his horror short ‘Ragnarok’ by Cohesion Press in an anthology titled ‘SNAFU: Resurrection.’ In 2017 he had two short stories published in 'An Eclectic Mix Vol 7' alongside several international competition winners.

Read the Script for Cyborn

Be prepared for the discussion by reading Cybornnow! 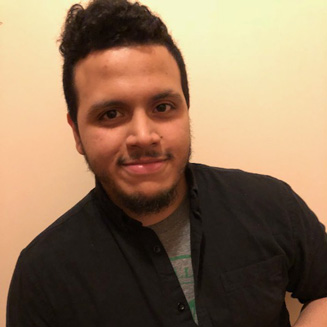 "When Frank and Richard find out that they're best friend Miles has been hiding a drug addiction, they take matters into their own hands and begin a wild intervention."

Brandon J. Ramones is an up and coming screen play writer from New York. Brandon has studied screen and play writing, starting from when he was a senior in high school. Film has been his passion ever since and he has made it a point to push the art forward and to reach the hearts of many. In early 2018, Brandon's play, "Closing" was chosen to be featured in the annual CUNY Theatre Play Festival. In late 2018, his script, "Monkey Bars" was selected as a finalist in the Independent Talents International Film Festival. Brandon is currently continuing his studies at Brooklyn College and working on future projects.

Read the Script for Monkey Bars

Be prepared for the discussion by reading Monkey Bars now! (story by Phillip Ramones)