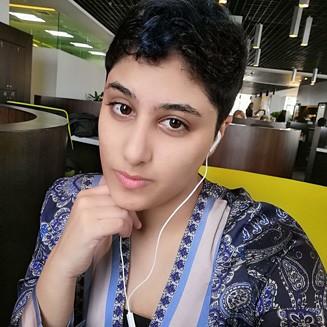 "Liza and David meet each other on a seemingly normal first date in a fancy restaurant, until she puts her heart on the plate."

"From Jeddah, born and raised. In my room writing and typing, is where I spend most of my days"

You can check out what I'm up to through my

Read the Script for First Date

Be prepared for the discussion by reading First Date now! 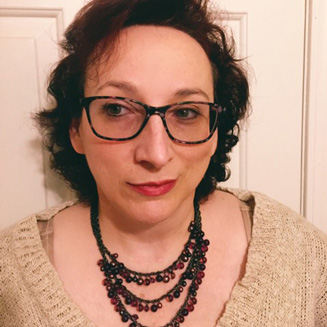 Logline for The Last Light in Vegas

"Wall Street executive Justin Piper travels to Vegas to celebrate a bachelor party. Instead, he becomes obsessed with finding a humble street lamp on the edge of the city. Here, he grapples with his mortality."

Cheryl L. Allen is a freelance writer from Walton, Kentucky, currently
making her home in the Louisville, Kentucky area. She shares her home
with her husband Chris and more dogs than most reasonable people would
consider sane. She possesses the heart of a poet, the mind of a dreamer,
the philosophical tongue of a sarcastic comic, and the eyes of a lustful
wanderer--(or at least she DID until all those people realized those
things were missing and demanded she give them back!). She infuses her
writing with both thought-provoking warmth and a certain degree of
unique vitality.

Professionally, she has written in a range of formats--poetry,
mainstream fiction, short stories essays, songs, and screenplays. “The
Last Light in Vegas” is her second feature film. She is currently
writing a third with several more projects planned.

Additionally, she and her husband run Theater 8 Productions, a loose
collective of artistic endeavors. Most prolific among them, The 502
Revue was a cable access television show and YouTube channel, showcasing
arts, culture, humanity, and music. These vignettes feature artists in
every genre imaginable from the Louisville, Kentucky area.  In this
capacity, Cheryl holds all aspects of responsibility--from lining up
talent and filming locations, operating camera and sound equipment,
conducting on-camera interviews, voice-over work, producing segments, as
well as post-production and distribution.

Beyond Theater 8/The 502 Revue, she has also held minor roles as a
script supervisor in “Poof”, a video short, and has been an MC for
various local productions.

When not writing, producing, or working on her creative endeavors, you
will most likely find her enjoying friends and family, traveling,
learning something new about the planet, or looking for a lint roller to
remove dog hair from her clothing.

Read the Script for The Last Light in Vegas

Be prepared for the discussion by reading The Last Light in Vegas now! 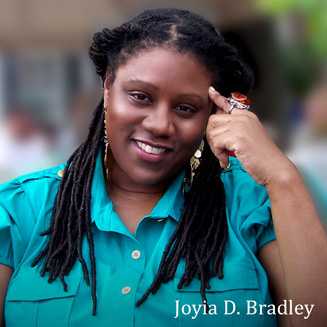 Rex, has been made aware of his destiny - kill his father and take his mother. Trying to avoid this predicament, Rex runs away from his destiny but soon learns that this action may have just sealed his fate."

Acting since the age of 12, Joyia moved to write, direct and produce in 2004 with the startup of EB Productions when the creative sphere needed to be expanded with stories involving people of color, women and children and since has built an impressive resume.

The first production, “Soul To Keep”, a one person tour-de-force, opened to rave reviews and played the festival circuit in New York City. She then moved onto film where she completed two silent shorts before tackling a documentary entitled, Equally Created, that dealt with the disparages of African American portrayal in the media versus reality. Black Woman, a satirical short, was her first endeavor where she wrote, directed, and produced. Kitty Bainbridge Is Dead, premiered in London and surrounding cities and garnered a digital distribution thru 21st Films along with Film Fest TV. Her most recent film, Azreal’s Dissent, has been turned into a web series and working on the 2nd episode. Currently, Rex Unplugged is on the first phase of pre-production. She also produces other projects and directs for the stage as well.

Read the Script for Rex Unplugged

Be prepared for the discussion by reading Rex Unplugged now! 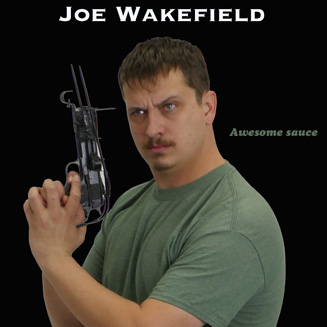 The Hermit & The Automatons | Joe Wakefield

Logline for The Hermit & The Automatons

"A young man's adventure takes him straight into the mouth of madness, when he stumbles upon the manor of an old eccentric inventor."

Joe Wakefield was born in Southfield Michigan December 12, 1986. He grew up in Dearborn Michigan where he attended many theater programs through the city and his high school. Joe moved to Los Angeles California in 2012 to pursue a career in the film industry. He appeared on the television show Mob City in 2013, but is primarily known for his screenwriting. Most recently Joe has written & sold "The Peter Pan syndrome", "The hypnotist", "12 Emotionally Compromised Vulcans", and "The Devil Lives in Clarksville County"! In early 2016 Joe graduated Summa Cum Laude from the Los Angeles film school with a degree in "Science in Film". He currently resides in Hollywood California.

Read the Script for The Hermit & The Automatons

Be prepared for the discussion by reading The Hermit & The Automatons now!