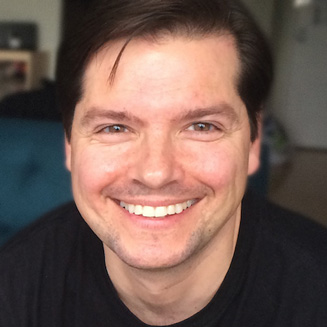 "The survival of the human race against Alexa rests with Buffy a Yorkie targeted for Buffination."

In 2018 he began writing scripts. His work often has social commentary and pop culture references.

His films and scripts has been selected by film festivals in the Unites States, Hong Kong, Norway and Canada. The 2019 Cleveland International Film Festival screened his film "Arachnoid". He has also garnered several awards including Best First Time Screenwriter by the N.Y. Film Awards for his script "The Buffinator".

He his currently working on a feature length screenplay about the opioid epidemic.

Read the Script for The Buffinator

Be prepared for the discussion by reading The Buffinator now! 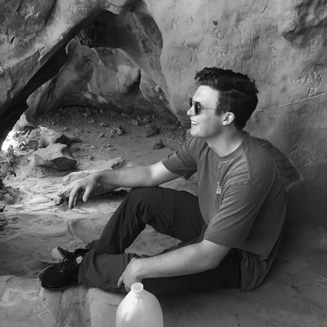 Not Even a Gravestone | Colin Charles Dale

Logline for Not Even a Gravestone

"Twin brothers August and Simon--born and raised in a brothel owned by their degenerate father--slowly discover the horrific reality of their upbringing."

Colin Charles Dale is a rising senior in USC’s School of Cinematic Arts. He was born and raised in Hingham, MA, but currently lives in Los Angeles for school. He’s been making short films since he was a little kid and he’s written and directed nine short films to date. He’s currently fundraising/in pre-production for his first feature-length film, Magnolia Flowers, which he will be producing and directing himself. Colin also writes poetry when he’s not working on various screenplays and film projects.

Read the Script for Not Even a Gravestone

Be prepared for the discussion by reading Not Even a Gravestone now! 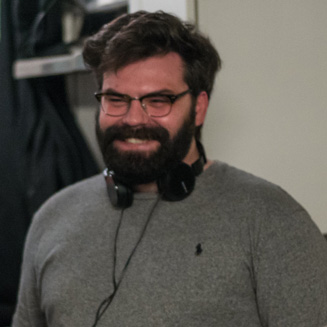 Your Ride Is Here | Clay Snell

Logline for Your Ride Is Here

Clay Snell is a writer and director from Knoxville, Tennessee. He has worked for over 5 years in television and finally made the jump to filmmaking in late 2018.

Read the Script for Finale

Be prepared for the discussion by reading Your Ride Is Here now! 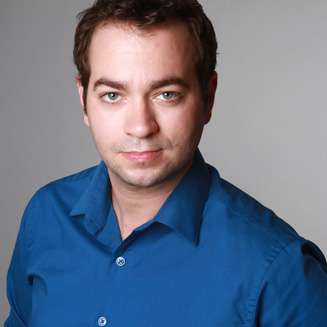 "When the creator of the world’s most popular show tragically dies. Two clueless producers must juggle a disorderly cast, a rabid fan base, and an impending deadline as they fight against all odds to satisfy the masses and write the perfect three hour finale to an intricate series which they have always benefited from, but know nothing about."

Greg Fusco, 36, was born in Columbus, OH, but has spent most of his adult life living in New York and the Caribbean. Currently writing and bartending in Crown Heights, Brooklyn; Greg is dedicated to bringing playful, original concepts to life through his work as a screenwriter. Always on the lookout for the next, great story to tell, Greg has traveled the globe researching everything from clowns, to nautical mysteries, to the long, strange history of baseball. He currently has many projects in the works, with a heavy focus on both television and feature screenwriting. His work has earned awards and nominations at multiple festivals including: The Houston Comedy Film Festival, The Nantucket Film Festival, The Georgia Shorts Film Festival, The Yosemite International Film Festival, The Inroads Screenwriting Fellowship, and The Twister Alley Film Festival. Greg was educated at Marymount Manhattan College where he earned his BFA in Theatre Performance and although he spends very little time acting these days, he continues the art of storytelling through the words and worlds he puts on page. He not only hopes to succeed as a screenwriter, but is dedicated to bringing awareness and film to the Caribbean. In the rare moments where he is not writing or slinging drinks, he is usually hanging out with his family or at the beach...any beach will do.

Read the Script for Finale

Be prepared for the discussion by reading Finale now! (Created By: Greg Fusco and Casey Bartolucci) 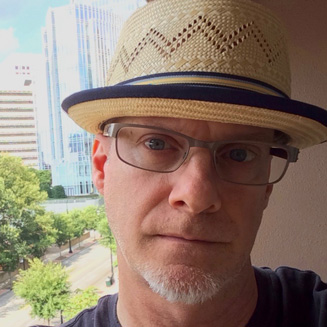 Logline for Inked in Blood

"A tortured man returns to the town he ran away from as a child to exact his revenge on all those who wronged him and face the one man he fears the most... his father."

I spent a good part of my youth moving around the country. I’ve lived in Maryland, Florida, Texas, back to Maryland, Northern California, Illinois, and Finally Southern California (Los Angeles), where I’ve been for thirty-one years.

I grew up wanting to be a comic book artist/storyteller, or rock star (drummer). In my twenties, I dropped out of art school to pursue fame and fortune and convinced my bandmates to pack up their lives in Chicago and move with me to Los Angeles. I loved being on stage and performing. I loved the attention, but not the spotlight... I should probably seek professional help for that.

We came close, but in the end, it didn’t work out. The band broke up, and I was tired of being a poor musician - it’s no joke, I lived on Ramen and Mac and Cheese. Through a friend, I got a job in the film industry, and I’ve been there ever since.
I never gave up on my artistic endeavors. Even after moving to LA, I still took art, animation, and photography classes. I wrote hundreds of songs while in my band (that I never showed anyone), and continued to write and draw my own comic book stories.

It was on the set of Deadwood that I was inspired to write screenplays. Day after day of watching David Milch work, his process, his grasp of character, story, and his interaction with the actors, really opened my eyes to a new world of storytelling.

Early on in my writing career, I optioned a screenplay that I wrote with a good friend (JP). The Inked In Blood Short is adapted from my feature screenplay by the same name. The Inked short has placed in the final round of several short screenplay competitions and Inked In Blood the feature has won several contests, including the Table Read My Screenplay - Park City, the WildSound contest, the 2017 Depth of Field contest, and the Festival of Horror. In 2018 Inked was a finalist in the Inroads Screenwriting Fellowship and this year it is a Finalist in the 2019 Underground Indie Film Fest, and the Table Read - Hollywood competition.

My screenplay “A Life Unravelled,” is a Finalist in the 5th Annual WideScreen Film Festival.

Read the Script for Inked in Blood

Be prepared for the discussion by reading Inked in Blood now!