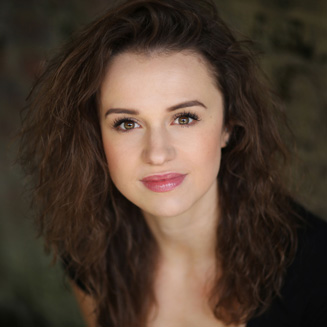 Logline for B / Treacle

"When friends Belle & Jessie go away for the weekend and drunkenly hook up, what seems like an awkward slip up to firmly heterosexual Jessie is in fact an incredible betrayal to bisexual Belle."

April is an award winning actress and producer. Having trained at Arts Educational, London on a foundation course she then went on to three year BA at the Academy of Live and Recorded Arts (ALRA), where, in her second year she created Mini Productions. Adamant that something within the entertainment industry would support her acting career she has gone on to produce BAFTA and BIFA long listed films as well as several BAFTA qualifying films.

Most recently, April starred in the title role of critically acclaimed, Annie Waits. The short has gone on to screen at over 70 festivals around the world; including BAFTA qualifying Underwire and London Short Film Festival and Oscar qualifying St. Louis International Film Festival. It’s also been nominated and won several awards including Best Actress and the Rising Star Award at Colchester Film Festival.

Read the Script for B / Treacle

Be prepared for the discussion by reading B / Treacle now!