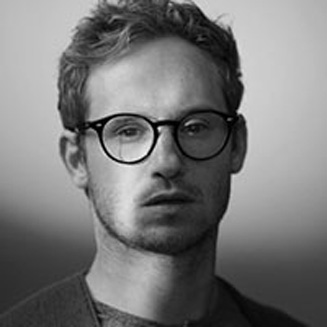 "Charlie ignores the mounting consequences of his addiction while his wife and kids find their own ways to cope."

Brian is an award winning filmmaker hailing from Milwaukee, WI.  Brian works as a writer, director, editor and producer of narrative films, music videos and commercials. He has spent the past 10 years writing and directing short films, constantly learning how to tell compelling stories paired with stunning visuals.  Recently, Brian wrote and directed “Deer Lights”, a multi-award winning short film (including Best Director Wisconsin Short at the 2019 Twisted Dreams Film Festival) that has screened at festivals around the country. Brian also directed the 2019 Milwaukee Film Festival’s Best Music Video Award winner “Rabbit Hole” (Music by Saebra & Carlyle). “Deer Lights” & “Rabbit Hole”, like other previous works from Brian Klewin (“Sleep Aid” 2017, “Birthday Doll” 2017), have given Brian invaluable experience at telling suspenseful thrillers and supernatural horror films that are satisfying to audiences.  He has written and directed over 10+ short films and has passionately written several feature film screenplays. Brian believes deeply in this project and is working daily to develop an incredible experience for audiences.

Read the Script for Deer Lights

Be prepared for the discussion by reading Deer Lights now! 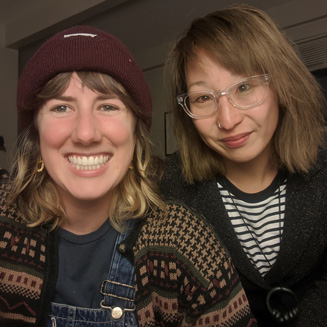 "She once ghosted them, now they’re ghosting her..."

About Biz Young and Caitlin Behle

Biz started her career in the outdoor industry before making her way to the social sector for 5 years where she grew a strong community activist foundation. She currently works as a Production Designer and Freelance Filmmaker, runs the feminist film series bombASSbabe in her spare time, and hosts a variety of workshops for creative womxn, local filmmakers, and new climbers.

Caitlin Behle is a lifelong enthusiast and dabbler in this and that. In previous lives, she was a music journalist and a festival organizer. Growing up as an Asian-American adoptee in Kentucky has provided ample content for jokes, of which she's been writing since high school. She prefers writing jokes to telling them onstage, but she's been known to do an open mic or two. She currently works at a social justice nonprofit. The Ghosting is her first official short film, but it won't be her last.

Read the Script for Ghosting

Be prepared for the discussion by reading Ghosting now! 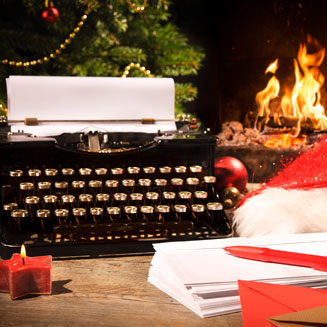 Logline for A Very Special Scriptsmas 2019

About A Very Special Scriptsmas 2019

Jack, Frank, and Allyson read and analyze some of their favorite Christmas-related stories. Included are:

'Chrismukkah' by unknown - The news story on a merger of holidays.

'Between Christmas and New Years' by @VeryShortStory - The story of reflecting on this year's dreams and looking forward to next year's.

'The Fir Tree' by Hans Christian Andersen - The story of a small fir who wished to be a Christmas tree.

Be prepared for the discussion by reading Chrismukkah now!

Be prepared for the discussion by reading Between Christmas and New Year's now!

Be prepared for the discussion by reading The Fir Tree now! 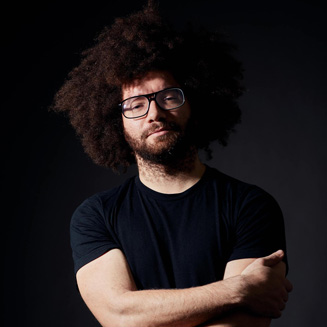 The Old Man in The Lake | Michael S.U. Hudson

Logline for The Old Man in The Lake

"An old woman attempts to deal with her loss as her family try to keep her from drowning in her sorrow."

Michael Hudson studied "Film & Television Production" at Sheffield specializing in cinematography before being invited to attend the "Faculty of Dramatic Art" at Belgrade National Film School in Serbia where he along with his fellow participants were mentored by Director Rian Johnson.

He continued his studies by attending workshops and private meetings with renowned directors such as Alexander Sokorov and Krzysztof Zanussi to name a few.

His formal educational background meant that initially he was unable to specialize in directing when he acquired his first education in the UK so specialized in cinematography but was always working on short films as the director and cinematographer. After continuing his studies outside of the UK he was able to focus more on directing before moving from directing short films to directing feature films.

Michael co-directed his first feature film in Lithuania "Big Speakers (2015)" before on his first solo feature film "Driven" which is to be filmed on location in Pakistan.

Read the Script for The Old Man in The Lake

Be prepared for the discussion by reading The Old Man in The Lake now! 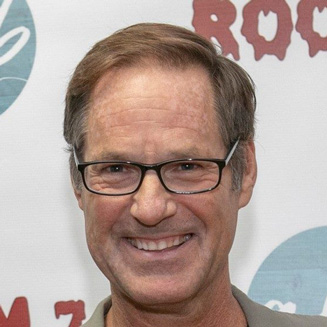 Sparkles and The Company | Buck Biestek

Logline for Sparkles and The Company

"A drag queen bounty hunter and a prostitute take down a violent pimp in the famous New Orleans French Quarter."

In addition to his books, Buck is in the developmental stages of a traveling reality
game show No Bull! and a half hour sit-com Pilot The Bail Guy based on his
decades of pursuits in the Bail Industry. He’s also written several feature length
scripts such as Cold Link, Just Presence, The Missing Link, and short scripts such
as The Seven Lives, Sparkles and Company, and Be Yourself.

In 2018 he wrote, produced, and starred in a dark comedy called Room 7 which is
available on Amazon.

Buck has appeared on screen in several television productions including Mysteries
at the Museum, Suddenly Rich, The Folklorist, HBO’s Vinyl, and Showtime’s
Billions. He was the lead character in Beyond the Dreamcatcher, Killing Time,
The Man from Everywhere and a supporting character in Pinwheel. All the films
have been released. He’s also been cast in a number of short films, most notably
Landlord and Serious Laundry. Scheduled upcoming projects in pre-production
include Exile Corporation and River Magic. He has theater experience being cast
in Lost in Yonkers and Arsenic and Old Lace.

Read the Script for Sparkles and The Company

Be prepared for the discussion by reading Sparkles and The Company now! 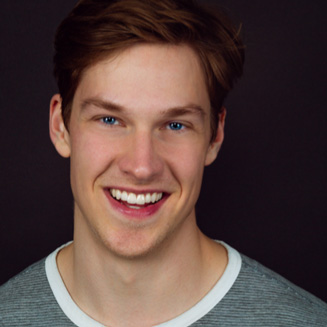 "A couple must come to terms with the realities of their relationship when loyalty, desires, and dreams are tested in the face of danger."

Isaac Nevrla is an actor, writer, and director based in New York City. He began acting at nine in musical theater in rural New Hampshire. Some years later, he transitioned to the screen, where he has appeared in numerous short films, webseries, and network television.

Isaac remembers being interested in writing at an early age, when a school assignment to write a three page short story drove him to explore the craft of storytelling. Since then, he’s been hooked.

Collaborating and learning from other filmmakers has been one of the most valuable parts of Isaac’s experience as an actor, writer, and director. He enjoys nothing more than to collaborate with others, picking up on the nuances, challenges, and solutions that are inherent aspects of the filmmaking process.

‘Billy, Baby’ is Isaac’s first script to be produced for the screen. The film is currently in post-production and will be submitted to festivals for the 2020 season.

Currently, Isaac is writing and developing an episodic series about a therapist’s office and the stories we tell in such places.

Read the Script for Billy, Baby

Be prepared for the discussion by reading Billy, Baby now! 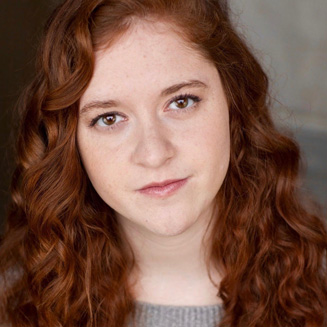 "When faced with discharge, a psychiatric patient is ambivalent about returning to the real world."

Grace Melon began her acting career at the age of thirteen after signing with Gray Talent Group. She has since performed at over a dozen Chicago theaters and made her feature film debut in 2014 when she was cast in Stephen Cone's coming of age movie, Henry Gamble's Birthday Party. After working on an episode of Chicago Fire and another independent feature, Grace began writing screenplays of her own. Her first short film, Bath Salt, premiered at the Minneapolis-St. Paul International Film Festival and was deemed a finalist by USA Film Festival International Shorts Competition. It went on to screen in several cities across the country including New York and Chicago. Her most recent short, Purgatory, is currently in post-production following a four-day shoot in Los Angeles last September. Purgatory will be completed by the start of 2020.

Read the Script for Purgatory

Be prepared for the discussion by reading Purgatory now! 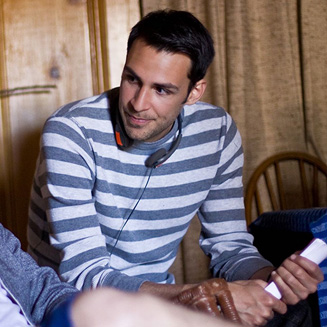 "When Emma decides to change her in-home A.I. system, the relationship they once had ends in heartbreak."

Ricardo Herrera's interest in films started at an early age. When he was twelve he wrote and directed his first short film. Sure, it wasn't very good, but it was his start. Nearly a decade ago, he drove from Naples, Florida to Los Angeles, California and has been steadily working alongside industry professionals ever since. Now an award winning filmmaker, his goal is to write and direct feature films that spread across varying genres, and to travel the world in the process.

Read the Script for Iris

Be prepared for the discussion by reading Iris now! 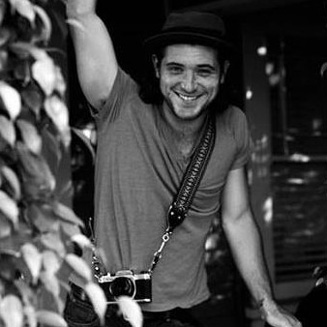 "Two strangers - a ride-share driver and his teenage passenger - form an unlikely friendship during the course of a ten-hour trip."

Read the Script for 10 Hours

Be prepared for the discussion by reading 10 Hours now! 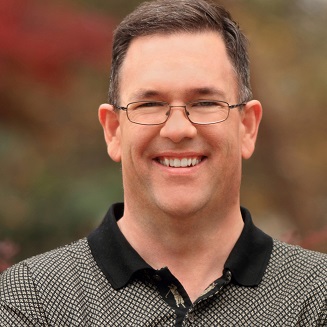 Roger's creative journey started late in life. He didn't realize his passion for the theater arts until his 30th birthday.

Growing up in rural Minnesota, Roger focused on school and work. He loved going to the movies and often spent the entire day going from one movie to the next. Little did he know at the time, but these experiences were trying to tell him something.

It wasn't until his 30th birthday that he finally realized he wanted to be a film maker. He started by studying acting. In 2003, Roger moved from Dallas, TX to Los Angeles, CA to pursue his dream.

Roger enjoyed acting success in those years, booking The Bernie Mac Show, Men's Fitness Magazine and a series of promo spots for CSI reruns on Spike TV among his credits.

Not long after, Roger next discovered a passion and talent for screen writing. He'd spent parts of 8 years studying Robert McKee's "Story" teaching and seminar and finally had the opportunity to put that teaching to practice. He co-wrote a half hour comedy, web series and a feature film.

During this period, that familiar itch came back and Roger realized it was time to expand his horizons and pursue directing and producing. At first he found little time and even less opportunity to do that while in Los Angeles. So in summer 2013, Roger and his wife moved back to Dallas,.

In his first year back in Texas, Roger started Force of Nature Films and teamed up with Wendy Crouse to co-produce "The Hunger Stat", a documentary about Roger's own personal weight loss journey. He also produced The Forces of Horror Anthology Series Volume I which will be completed in 2017. In addition he's written two other award winning screenplays, Faith Based Drama "The Sacrifice" which will be produced later this year, "The Zombie Effect", a genre bending zombie film which provides a plausible, though science fiction theory about the cause of the creation and behavior of zombies.

Read the Script for Lycanthrope

Be prepared for the discussion by reading Lycanthrope now!