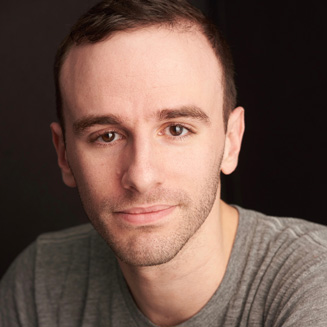 Be prepared for the discussion by reading The Deal That Debbie Made One Night on a Dark Road in Allegheny County now! 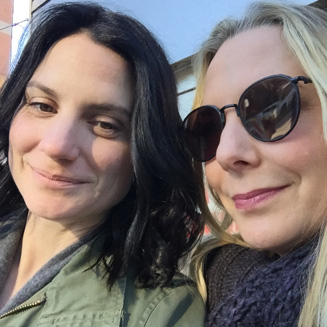 A student at CapU’s Creative Writing Associate Degree program her short stories have been published in the west coast LIAR literary magazine.

Jax Smith is co-creator of the branded-content series, ‘Turning the Tables’ for Shaftesbury Films Inc.

Jax also directed THE STAKEOUT, nominated for an EDA award for ‘Best Female-Directed Short’ at the Whistler Film Festival 2017.

She’s directed projects for First Star and the World Wildlife Fund, which have screened on CBS, The Knowledge Network, and Urban Rush TV.

Jax Smith & Helene Taylor co-wrote, DISCORD. The short film script placed in the Top 25 Table Read My Screenplay Austin, is a finalist in the Filmmatic Short Screenplay Awards, an official selection of the Cindependent Film Festival and a Quarter-Finalist in both ScreenCraft’s Film Fund and Short Film Screenplay competition.

We thought it might be helpful to include some of the following social media handles for people and organizations that we recall mentioning in our interview with you. We very much believe in raising everyone up.

Read the Script for Discord

Be prepared for the discussion by reading Discord now! 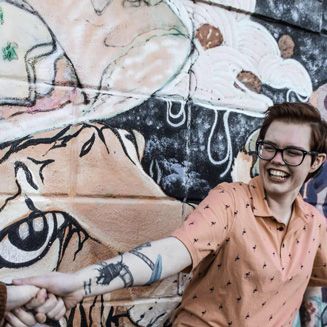 Logline for The Convention

"A hitman has an unexpected visitor after a job goes wrong."

Katelyn Harbert is a screenwriter from Arlington, Texas who is currently studying at the Vancouver Film School in Vancouver, B.C., Canada. She began dabbling in film back in high school in 2014. With her first official script, Rambling Minds, winning multiple awards back in 2018, she's hit the ground running ever since.

Her short script, THE CONVENTION, was recently read aloud by local Cincinnati actors, and nominated for Best Short Screenplay, at the 2019 Cindependent Film Festival (thanks, guys!). It also placed as a finalist at the Rome Independent Film Awards.

She is currently working on the next draft of her first full-length screenplay, a thriller and coming-of-age story, as well as an original pilot.

Read the Script for The Convention

Be prepared for the discussion by reading The Convention now! 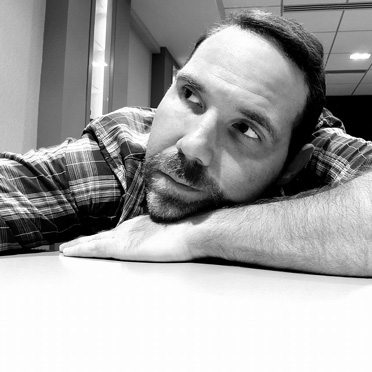 "Michael visits a horror fan convention to take his mind off losing what would be his 'big break,' but a couple snide comments from some filmmaker panelists might just make him snap."

Michael James Daly is from Charleston, SC and currently resides in Los Angeles, CA. He has been performing and getting rejected basically since he was a sperm. Some of his recent credits include A Nuns Curse, starring Felissa Rose and Damian Maffie, CBS's The inspectors, Valor, and CNN's United Shades Of America.

Read the Script for Fame Fatale

Be prepared for the discussion by reading Fame Fatale now! 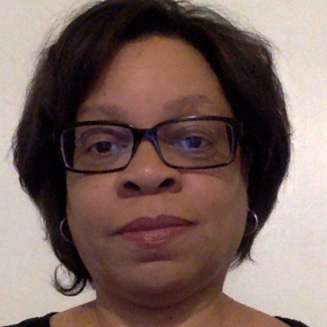 About Stephanie A. Moore

Stephanie Moore is a screenwriter from Cincinnati, Ohio. She began writing at an early age but quickly became discouraged after receiving critical feedback on a TV pilot she wrote. After studying and honing her writing skills, the pilot went on to place in the Top 100 of the 2010 Table Read My Screenplay Contest and she hasn’t stopped writing since.
Her short screenplay, Trixie, was a Cindependent Film Festival screenplay selection for 2019, which she’s currently developing into a TV pilot series.
She has served as an associate producer for an episodic series pilot, volunteered as an editor for The Scriptwriters Network Foundation and as an event coordinator for The American Black Film Festival.

Read the Script for Trixie

Be prepared for the discussion by reading Trixie now! 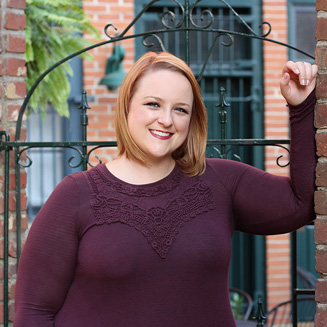 "A 68 year old widow with special needs cats accepts an invitation to a top-secret superhero training academy. But the doctor running the academy is familiar, and she begins to suspect he has ulterior motives."

Valerie Schwartfigure is a screenwriter and counselor from Mansfield, Ohio with a BA in Creative Writing and an MA in Clinical Mental Health Counseling. She believes in the little things in life that keep people sane: rest, play, and caramel drizzle.
She is most known for her feature length family/fantasy script MELODY OF THE SEA, which has now been a part of more than ten film festivals and won multiple international awards.

Her TV Pilot, SUPER NANCY, the subject of the Script Shop podcast, won "Best Dialogue in a Short" at Action on Film Megafest in Las Vegas and has had table reads in Vegas, Cleveland and Cincinnati (thanks Cindependent!) Valerie's short script, JUST FOR ATTENTION, is also doing well in festivals internationally, and she will be directing/producing it this fall.

Valerie earned the Aristotle Award from Script Summit for being a writer who is always learning and growing. She was also a semifinalist for the FinalDraft fellowship to Stowe Story Labs, which she recently had the honor of attending.

Read the Script for Super Nancy

Be prepared for the discussion by reading Super Nancy now! 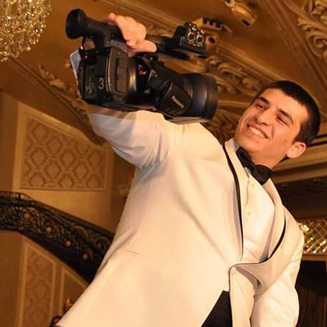 Logline for The Club for Dying People

"Alex lives in a small town but never has she felt more alone. With an unfortunate diagnosis, she does not have much time left. But after a spark of inspiration, she decides to find others like her and form 'The Club for Dying People'."

Joe Milici began his career in film at a young age with stop-motion animation in 2010. Like most kids his age making videos, Joe took to YouTube to broadcast his skits to show friends and family. 5 years would pass before Joe would return to filmmaking once again. Joe returned to making various skits and short films, such as "Spencer's Story" and "The Boy on The Bike". He also began producing, with his first two credited producer roles scheduled for late 2018 and a directing/producing credit for late 2019.

Read the Script for The Club for Dying People

Be prepared for the discussion by reading The Club for Dying People now! 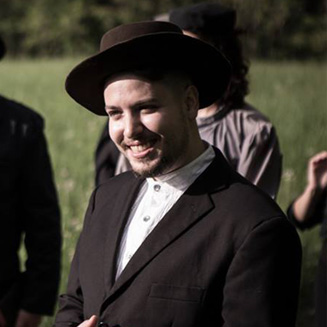 "An emotional and physical horror film about a man living with Muscular Dystrophy and the metaphorical journey of dealing with incompetent nurses."

Zak is an experimental filmmaker from Baltimore, MD and cofounder of the production company Unicorn Propaganda. As a filmmaker, he has won awards from around the globe for his experimental and narrative short films such as: In a Tree Full of Rain, Mother's Intuition, Projections, and Lucid Memories. When he is not working on his own films, Zak can be found in the credits of such work as Jackie, House of Cards, Leda, The Enemy Within, and American Ninja Warrior. He also works part time as a Freelance Videographer/Gaffer in the DMV area.

Read the Script for Crippled

Be prepared for the discussion by reading Crippled now! 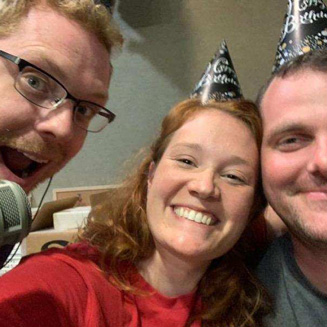 Over dinner the Script Shop team talks about the last 99 episodes, some randomness, and nonsense - with a special treat hidden somewhere within. We dare you to listen! 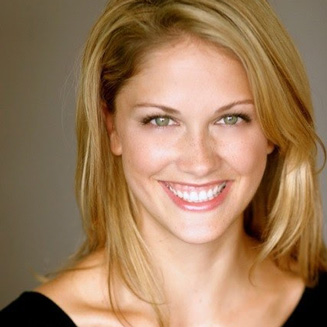 "Set in the not too distant future, No Place Like Home, begs the question where does real life end and virtual life begin?"

Mary Alexandra Stiefvater was educated at The University of California at Los Angeles, where she received a Bachelor of Arts in Theater, she also studied French cinema and philosophy abroad at the Sorbonne Nouvelle (Paris III) and Le Centre Parisien d'Études Critiques.  After graduation, she moved to England to train at the London Academy of Music and Dramatic Art.

In order to sustain longevity in the ever-changing entertainment industry, she branched out from acting into producing and writing.  In 2006 she produced the award-winning short film, Bad Habits, with the production company she helped found, Habit Forming Films.  Stiefvater then produced Wedding for One and 11-44, both directed by Kristina Lloyd.  The two met in acting class at UCLA and have collaborated on several projects together.  After many years of co-writing, her first, solo, full-length script, Squaw, was nominated for Best Screenplay in two festivals.  In 2012, her first books, In My Contrary Garden (a photography book) and Cocoa For Saturdays (a poetry book) were published.  Her sophomore effort, On The Merry-Go-Round (a poetry book), was published in fall of 2013 followed by several other books including From Grace,  What Grief Stole, Of The Americas: West, Of The Americas: East and The May Project.

Mary Alexandra continues to work as a producer, actress, model, screenwriter, photographer and poet.  She has several films coming out in 2019 and 2020 including, You’re Fine, an untitled experimental and No Place Like Home.

Be prepared for the discussion by reading No Place Like Home now!