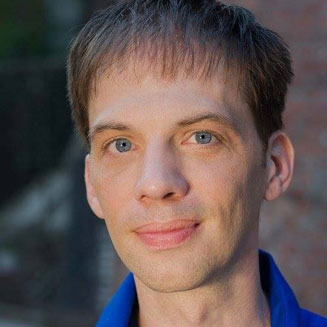 Logline for Coffee and a Donut

"A story of a young immigrant who knows no English, and his trials in....ordering breakfast at the local diner."

Cary makes his directorial debut with Coffee and a Donut, with two more films currently in post production. Originally from Syracuse, NY, Cary has been working in the NYC theater/film scene for more than half his life, performing everything from improv to Shakespeare.

Cary is currently a student of Ela Thier at the Independent Film School, having also studied with Sande Shurin Acting Studio, and The American Globe Theater, among others. He toured extensively with National Theater of the Performing Arts, was a principal performer/combatant with the New York Renaissance Faire, and a company member of Mortal Folly Theatre. He has also produced charity cabarets to benefit The Leukemia & Lymphoma Society.

When not creating, Cary enjoys long distance running, having completed numerous half and full marathons.

Read the Script for Coffee and a Donut

Be prepared for the discussion by reading Coffee and a Donut now!