To Us | Eric & Sophia Conger 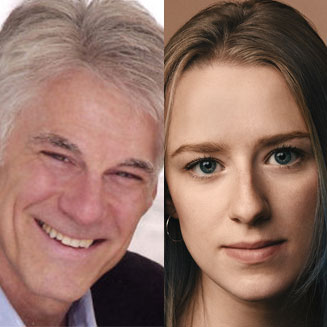 Logline for To Us

"When Roger Glass, a famous news anchor, is accused of sexual misconduct, his wife and daughter must come to terms with him -- and themselves"

Eric Conger’s comedy-drama,  The Eclectic Society, received a mainstage production at Philadelphia’s Walnut Street Theatre under the direction of  Ed Herendeen. His next play, Just Tell Me My Name, was produced in the Walnut Independence Studio in January and at Centre Stage, S.C..  His version of Feydeau’s Chat En Poche, entitled A Frog In His Throat, starred Michael Learned at the York Theatre in New York City.  It was subsequently presented at four other regional theatres. Eric is a member of  Ensemble Studio Theatre in New York. His short film, To Us, cowritten with his daughter, Sophia Conger, was screened at three festivals, and his newest work, Lucy’s Room, about the life of a “talking chimpanzee” received honorable mention at the Austin Film Festival. Mr. Conger is a graduate of  Wesleyan University and the University of Paris, France.

Sophia Conger is a writer, director and producer. Her most recent film, To Us, is currently in the festival circuit, with a recent acceptance into Garden State Film Festival. This May, Sophia has plans to direct a 6-episode web series. Sophia currently works at Tane, a creative video agency in midtown NYC, and in the past, has worked as at Hello Sunshine, Reese Witherspoon's production company, and Smuggler, a commercial production house in Los Angeles.

Read the Script for To Us

Be prepared for the discussion by reading To Us now!