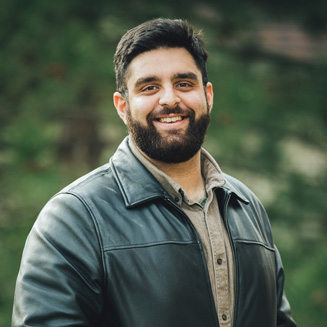 Logline for Where the Trees Hide the Moon

"Spanning decades and Iranian and American cultures, a group of American friends (one of whom is Iranian) are haunted by a sense of foreboding from a super-natural incident from their childhood as they contemplate the death of one of their crew." 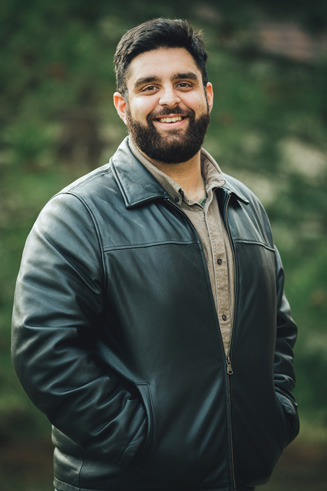 Nathan Karimi is an award winning filmmaker from St. Louis, Missouri known primarily for 4AM, Where the Trees Hide the Moon and Abducted Anonymous. With no formal film education, Nathan began his pursuit of filmmaking using his father’s camcorder and his two best friends to make the longest standing unseen series to date, Tony’s Revenge. Growing up in St. Louis in an Iranian-American home far from the entertainment industry afforded Nathan an outsider’s perspective on the world of filmmaking. As Nathan’s style of story telling matured and his appreciation for great cinema developed,Tony’s Revenge and the camcorder days became a thing of the past and the seeds of a new and unique style were planted. In 2013 Nathan bought every script writing book available and transitioned from writing novels and short stories to writing for the screen. In 2015, Nathan bought his first DSLR camera and signed up for the 48 Hour Film Festival in St. Louis. His first short film, Azracame to life. He realized that it would take years for his camera work and other elements of filmmaking to catchup to his writing. Over the next few years, Nathan continued to write and film his ultra-low budget scripts including: Brush Strokes and Subject-001, learning and crafting his style more thoroughly with each attempt. To close out 2015, Nathan completed the script for his sci-fi thriller, 4AM. Knowing that his lack of production experience would not be enough to go it alone, he met and enlisted Alvaro Aro, an award winning cinematographer in St. Louis to direct the photography of 4AM. Nathan and Alvaro proved to be a strong team and their work, along with the support from other talented contributors in St. Louis, lead to a multiple award winning short film including: best screenplay, best picture, best sound design and best production design at the St. Louis Filmmakers Showcase and best short film at the 573 Film Festival. It was 4AM that garnered the attention of Chris Halvorson, writer and producer of Earth Mom who then reached out to Nathan to direct its pilot episode. For Nathan, the opportunity to make a television show in Los Angeles seemed surreal. Nathan and cinematographer Hezekiah Condron dove head first into pre-production for Earth Mom and a few short months later headed out to LA for a jam packed three days of filmmaking that resulted in the pilot episode of Earth Mom. In June of 2018, Earth Mom won best of the Holly-Shorts festival in Hollywood, CA. Nathan’s most recent film, Abducted Anonymous is currently in post-production and is expected to premiere in St. Louis in February of 2019. Nathan is currently in pre-production for his newest film The Precious and the Damned, the untold revenge story of Michael Serafanti aka Mikey Guns, on his first day of freedom after spending 21 years in prison for a non-violent crime.

Read the Script for Where the Trees Hide the Moon

Be prepared for the discussion by reading Where the Trees Hide the Moon now!